COVID-19 and the Pacific – articles of interest

While the trans-Tasman bubble is “a significant day” for New Zealanders, any moves to open the borders to other countries will need to be be based on hard evidence, the prime minister says. 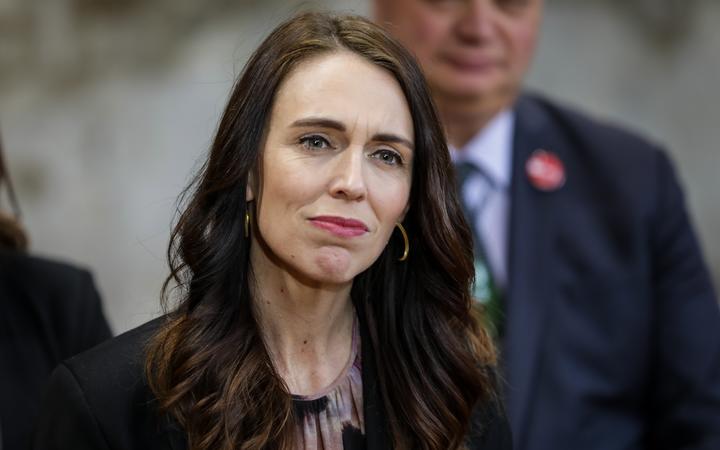 The border will open to other parts of the world in stages based on research and data, Jacinda Ardern says. Photo: RNZ / Nate McKinnon

After months of discussions, the trans-Tasman bubble is officially open.

The prime ministers of New Zealand and Australia are describing it as a world-leading arrangement that promotes travel between the two countries, without letting Covid-19 into the community.

Jacinda Ardern and Scott Morrison say the Pacific Islands are next on the list.

Opening up to the Pacific does not need to be done in lock-step with Australia, Ardern told Morning Report, because New Zealand has always aimed to have “a country-by-country framework”.

“It’s up to the discretion of each nation.”

Morrison has suggested home quarantine for vaccinated travellers could be possible by the end of the year.

The government was sceptical about home quarantine, she said.

Ardern said this country would want to look closely at the research and data around that and the risk of transmission to others.

“Our baseline is to get as many New Zealanders as we can vaccinated to a high degree before we look at opening up to countries that we consider to be higher risk than what we’re doing with Australia.

“Then there are a range of areas where we’re keeping an open mind but we really want the data to back up what we do.

“At the moment because those who are being vaccinated are not being regularly tested getting that research and data is a little difficult.”

While the chances of passing on Covid-19 were much lower for vaccinated people, more time was needed to establish solid data.

The border would open in stages, Ardern said, and there may be a scenario such as a variant responding less effectively to the vaccine being used here, so there may have to be “different protocols” for people from some parts of the world.

“It’s up to the discretion of each nation” – Prime minister Jacinda Ardern duration7′ :13″from Morning ReportAdd to playlistDownload

She said the two countries wouldn’t be in this position if both countries had not adopted a strict Covid-19 management regime with everyone playing their part.

There will be ups and downs but to have a quarantine-free arrangement with another country: “I don’t know anywhere else in the world that’s doing that so it is a very big day and exciting for family and friends,” Ardern said.

No decision on re-opening border to India

Asked if any decision had been made on allowing flights to resume from India, she said nothing had been decided yet. The government was mindful of worsening numbers there but also had to be aware of New Zealanders’ rights to come home and not be left stateless.

The government was considering options for tightening up pre-departure testing in India such as reducing the time between the test and flight departure, plus accrediting some laboratories.

Pre-departure quarantine within India would be very difficult to run, she said, in a country where Covid-19 was so rampant.

The announcement by Immigration Minister Kris Faafoi later today was aimed at removing some inequity in the system relating to some migrants whose families had not been able to join them in New Zealand.

“This is us trying to work through an inequity in our system at the moment.”

She said there were spaces within managed isolation and quarantine at present.

While there are estimates that 5000 people are currently separated from their families, the numbers are imprecise in part because some have visas that are expiring, so they no longer qualify to have their families join them.

A May bubble is still intended with the Cook Islands but no firm date has been set as yet, Ardern said. 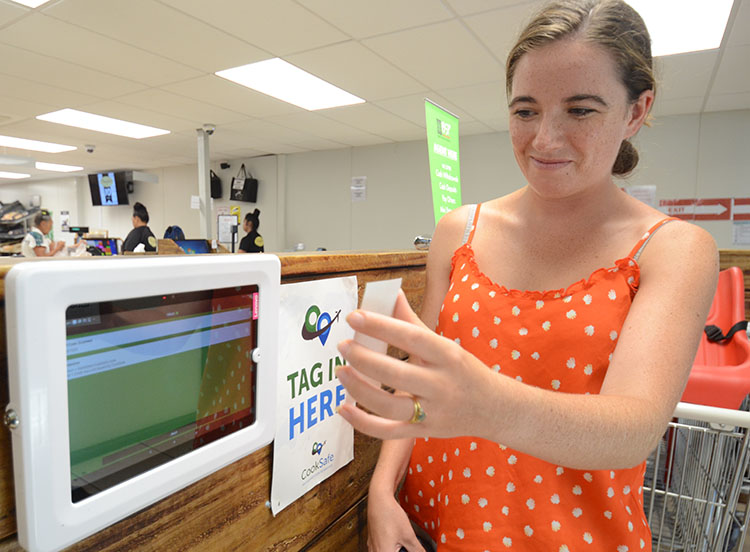 A Prime Foods customer signing into CookSafe before entering the supermarket. 21021610

New Zealand health officials have to get permission to access data which is “less efficient than the Cook Islands system” where select people from Te Marae Ora health ministry can access the information.

Hayden said the Cook Islands could do this due to its looser privacy restrictions than New Zealand.

When someone uses CookSafe, their information is uploaded to a centralised database. This means if someone was infected with Covid-19, selected Te Marae Ora officials would be able to search for the person in the database and find out where they had been without outside involvement.

Hayden says the New Zealand system requires permission by the app user to share their information, which is stored on the user’s phone.

In New Zealand, if a person is identified as a confirmed or probable case of Covid-19, the choice is up to them to share their information. This includes the QR codes they scanned and manual diary entries. 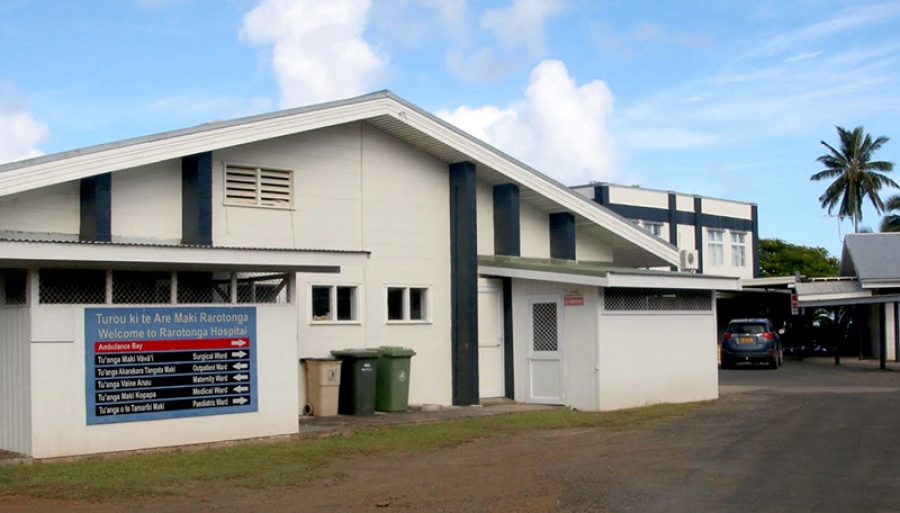 There are over 15 vacant positions including doctors and nurses being advertised by the ministry.

McKay also confirmed they were looking for more doctors and nurses to fill vacant position.

The ministry did not provide the number of nurses and doctors who have recently returned home or left the country for better opportunities overseas.

However McKay said: “People leave positions for a number of reasons, these include, training opportunities for employees and/or their families (children), experience, and career progression; returning to live with loved ones; retirement; change of career or other personal reasons.”

Te Marae Ora Cook Islands Health Ministry has long had an association with medical practitioners and health professionals from New Zealand (including the Pacific and Europe) – “some of whom choose to undertake electives here, or come here to provide health specialist services”.

McKay said closed borders “largely delayed” some of these people from entering the Cook Islands.

“In addition, Te Marae Ora has Arrangements of Cooperation (AOC) with NZ health organisations that allows for the secondment of short-term medical practitioners between signatories of the AOCs.”

Earlier Fletcher Melvin, the chair of Cook Islands Chamber of Commerce, said the local economy has for the most part needed labour in the tourism sector and support services.

“This problem is not restricted to the Cook Islands and we see this played out anywhere that relies on tourism. There are very few industries in the Cook Islands who do not benefit from tourism, including our public sector, which is also struggling to find staff due to people leaving.”

Passengers who arrived in Rarotonga last week and placed in supervised quarantined at Edgewater Resort and Spa were released yesterday.

Fifty-four passengers, including Secretary of Health Bob Williams, arrived from Auckland on Friday. They were transported straight to supervised quarantine due to Covid-19 community cases detected in New Zealand early last week.

But after closely monitoring the situation in New Zealand and noting there have been no more community cases, the government yesterday decided to cut the quarantine short.

Passengers who arrived on Friday were tested for Covid-19 on arrival at the quarantine facility. All 54 test results came back negative, government said in a statement.

However, the passengers are required to have a follow-up Covid-19 test this Saturday.

Secretary of Health Bob Williams said: “New Zealand has remained at Alert Level 1, which, given this a long weekend for Auckland and Northland provides comfort. No restrictions on gatherings have been imposed, this is reassuring and supports NZ Ministry of Health claims that there is no evidence of community transmission.”

“The Cook Islands government puts measures like these in place to keep the Cook Islands Covid-19 free. Decisions are not made on a whim, but rather based on information, evidence, and knowledge to hand. Everyone has a role to play, whether that be following Te Marae Ora advice when travelling or practicing public health measures.”

A little over a week ago (Saturday, January 23) New Zealand Ministry of Health officials confirmed a Covid-19 community case in Northland. The positive case recently completed their stay in Auckland managed isolation facility, The Pullman Hotel.

Three days later two other former returnees (father and daughter) who completed their managed isolation in the same facility and at the same time as the Northland case returned positive Covid-19 tests.

The initial tests of close contacts of all three cases have all been negative.

Bob Williams said: “I cannot stress enough how important it is that everyone here is compliant with our key Covid-19 public health measures: physical distancing, wash and dry your hands often, cough and sneeze into your elbow, regularly clean frequently used surfaces and objects, if you are feeling unwell stay home and seek medical attention by phoning the Healthline on free-call 0800 1801 or 0800 1802 and please tag in with your CookSafe card every time you see the CookSafe “tag in here” logo.”

The Cook Islands, a tiny country of around 20,000 people in the South Pacific, turned to the Beijing-backed Asian Infrastructure Investment Bank (AIIB) late last year after loans from the U.S. and Japanese-led Asian Development Bank (ADB) and grant from close ally New Zealand fell short.

The US$20 million AIIB loan to the Cook Islands was the second to a strained Pacific economy in the last few months, after Fiji secured a US$50 million facility, signalling the arrival of a development bank closely linked to China’s Belt and Road Initiative to the Pacific.

Vanuatu, with a population of 300,000, also announced last week that it had accepted a US$12 million grant from the Chinese government.

While most Pacific island countries have used their natural borders to combat COVID-19 infections, they have faced economic hardship given their reliance on international tourism, a sector that abruptly shut as the pandemic struck.

China’s growing reach in the region is unsettling for the United States and its allies, who have been the dominant powers in the Pacific since World War II.

Despite being small, Pacific states boast strategic ports and air strips and control vast swathes of resource-rich ocean. They also represent a vote in some international forums.